Sudanese hip hop artist and peace activist Emmanuel Jal has chosen to headquarter his record label, Gatwitch Records, in Toronto and hire industry veteran David MacMillan to run it. The former child soldier now in his 30s, whose harrowing early life was documented in an award-winning 2008 film, Warchild, and 2010 autobiography, War Child: A Child Soldier’s Story, is in the final stages of becoming a Canadian citizen.

“The reason I started here in Canada is because I got a lot of support from Canada in the past. [There are] all different kinds of people here and I’ve been traveling here a lot and I was looking for a place in the world to base the label that has got a good system, good government, good transparency,” Jal tells Lowdown. “Also, there is no other country that I know, when I’ve been traveling, that artists get supported to express themselves.”

All of Jal’s music-related business worldwide goes through the Toronto office. Jal’s manager, Tania Campbell-Golding, is based out of London, England.

His new album, See Me Mama, has been out in Canada since Aug. 7, but a new version will be released online worldwide Oct. 2. The difference is “We Want Peace — Reloaded,” an update of his 2011 song that now features a new chorus by rapper D.M.C. and guest singers from Dispatch, Das Racist and O.A.R. — all of whom are in the music video.

The original video was directed by Anna Gabriel, Peter’s daughter, and includes appearances by Peter, George Clooney, Alicia Keys, Kofi Annan, Richard Branson and former President Jimmy Carter. They are still in the new video, in addition to Ringo Starr.

Jal has had a distribution deal in place in Canada with Universal Music since 2011 as well as The Agency Group onboard to handle his live bookings, but it took a while for him to find the right person to open and run the label here.

Macmillan spent 13 years at EMI Music Canada, his last position as marketing manager for its Canadian roster, and followed it up with nine years at Eagle Rock Entertainment as director of its Canadian division. He had been let go just days before he heard about Jal and Gatwitch.

“I hadn’t really started looking for a job,” MacMillan tells Lowdown. “When I lost my job, I just sent out a blanket email to everybody, ‘Oh I lost my job. Hopefully I’ll resurface. I just wanted to let you know I’m looking for a job.’ And Lorraine [Webb] at The Agency Group said to me, ‘Oh, we have an artist that wants to start a record label here in Canada.’ And I go, ‘Wow, that’s what I do.’

Says Jal: “I wanted someone who at least was experienced in the industry and who would know what kind of music and also know what I’m trying to achieve. I was recommended to have David to come onboard and I asked David, ‘Would you like to try this thing out and see if it’s something you’d like to keep on going?’ and David said ‘Yeah.’”

Gatwitch Records is a combo condo/office space, where Jal — a modern-day nomad can crash when he’s in Toronto — and has two full-time staff, MacMillian, who is vice-president, and Brooklyn Doran, who is office administrator and also takes care of the charitable arm and peace campaign.

“Right now I’m in the process of securing Lose To Win as a registered not for profit in Canada,” Doran tells Lowdown. “We just signed some documents and sent them away.”

Lose To Win is a fundraising challenge, created by Jal, that asks people to lose something in order to win: for example, Jal ate one meal a day from Dec. 2008 to Oct. 2010 in order to raise money to build a school in Sudan, but it could be as simple as going without your cell phone for a month. Lose To Win supports three charities: Gua Africa, which Jal started; My Start, a British organization co-founded by Jal’s manager; and Africa Yoga Project.

Jal also has a worldwide campaign called We Want Peace, which asks people to join the movement as a “peace soldier” and/or participate in the community development/social entrepreneur program. “It’s not a charity; it’s for awareness,” says Doran, “to put a spotlight in a dark place. Right now we’ve chosen to focus on the conflict in Sudan and South Sudan as that’s really close to Emmanuel.”

Jal was born in the village of Tonj, in South Sudan. At age 8, he joined his father in Sudan People’s Liberation Army (his mother was killed in the war) and was trained in Ethiopia to become a soldier. When he was 13, he met Emma McClune, a British aid worker who rescued and adopted him and took him to Kenya to receive an education. His story doesn’t end there, but today, well into adulthood, he has traveled the world over spreading his message of peace.

He says he is still applying for Canadian citizenship. “They’re waiting for my security status so I’ve got the police certificates from the countries they are asking [for], so I will be sending it to them.”

Jal is excited about the prospects of rallying young Canadians.

“This is a country where a lot of young people want to change the world,” he believes. “There’s a lot of conscious people here. So basically [my hope is to] get a home base for peace soldiers, then we try to do what we can, which is try to make the world a better place. It takes one at a time. It takes every individual. No one person can achieve world peace, but if all people participate we will be in a better state.”

In terms of pure business, however, MacMillan handles that and outsources many of the elements needed for the marketing and promotion of an artist and album.

“We represent his music on a worldwide basis. We have staff on contract in the States. We have a publicist and two other people who mainly do branding for Emmanuel,” says MacMillan.

With A Bullet is working the single/video at radio, online and TV in Canada; Powderfinger is taking care of campus radio in America; marketing is headed by Annie Balliro with Jessica West; and publicity is handled by Beautiful Day Media in America and Listen Harder in Canada. 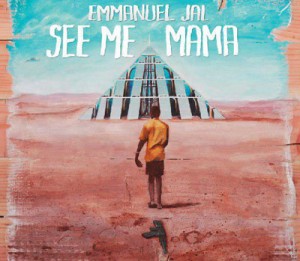 Jal was recently in the news after getting beaten up, robbed and left unconscious by police in Juba, South Sudan, when he was in the city for a peace conference. The assault was unprovoked, according to Listen Harder’s Cristina Fernandes, and he recovered in time to appear at the International Peace Day and to perform at the “We Want Peace” Business Gala and concert on September 20 and 21.*

MacMillian who heard from Jal the day after the incident and told Lowdown “he sounds good,” calls him “an amazing person.”

“He’s had an unbelievable life and for him to overcome all of the obstacles he’s had in his life and to be in the position that he’s in, to spread the word about war child and Sudan and the atrocities that are happening in this war-ravaged country, it’s not about himself as it is with other artists – it’s about his cause and he’s using his music to bring more attention to the cause.

“To me, it’s great to be working for him because it’s an unbelievable cause and it’s an amazing story. It’s just great to help launch a label and work with an artist of his stature.”

Jal won’t give a figure when asked about his sales expectations for See Me Mama, but is encouraged by the response people have to him and his songs.

“At the moment, after I perform, people go and buy [my music], which is a good sign and people are still buying online. It’s picking up slowly so if get radio play or if we get more TV play with the videos, then more people will know and we’ll get more support.”

MacMillan and Jal have bigger plans for Gatwitch once Jal is fully set up and rolling.

* NOTE: At approximately 3 a.m. ET, Jal updated his Facebook page with this status:

“Good News, got an email that the police has return my phone and 2 police wrote a statement as witness in my beating , well done to south sudan National Security Official that arrested 2 police that identified. If police beat you dont keep quite [sic] speak about it, this way we can be able solve the problem, Not all police are bad only few.”